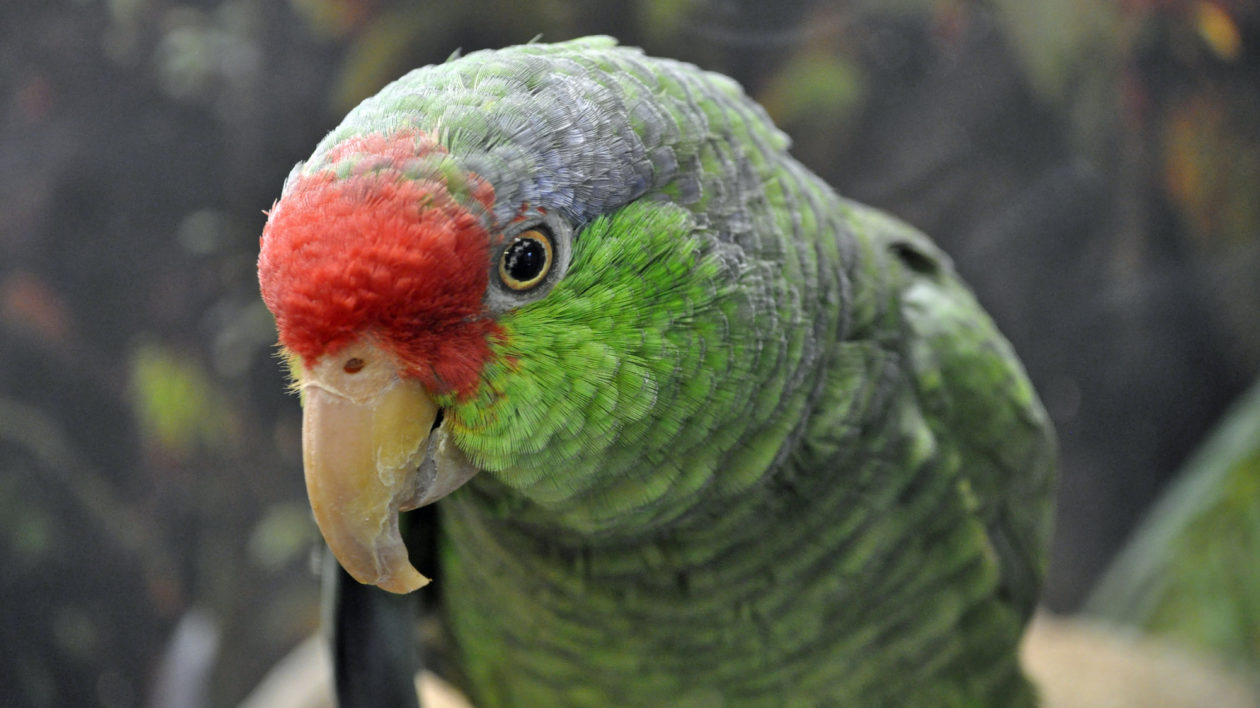 Parrots are delightful creatures. They brighten up nature and most make great pets. Some can even speak and mimic sounds!

Many are very affectionate and love cuddling with their owners and other birds. The parrot family includes:

No matter what type of parrot it is, chances are they are colorful. But how many green parrots are there?

How Many Types Of Green Parrots Are There?

The simple answer is, almost all of the 350 species (types) of parrots appear to have green as a major base color. A parrot will be considered a green parrot if its primary plumage is any shade of green.

Green is the most common and dominant color you’ll find on a parrot. Parrots are usually a kaleidoscope of colors. Beautiful mixtures of red, yellow, green, blue, and orange.

However, a solid green parrot is very rare. It’s usually the result of a genetic anomaly problem . Even if a parrot is mostly green, it will have some colorful markings, a white chest, or black plumage.

Only a few parrots have no green at all. These include:

However, if we go strictly by science, the answer would be there are NO green parrots.

Parrots only have red, yellow and blue pigments. They will appear to be green because of the way the light reflects off of their feathers.

This process is called light scattering. It creates the illusion of green. Much like that dress that caused a ruckus a while back.

Luckily, the parrots and scientists do not squawk when we refer to parrots being green. So we can continue to enjoy green parrots and discuss them here!

Parrots are without a doubt a popular pet. In fact, they are the 4th most popular pet in the United States. Coming in behind dogs, cats, and fish.

These birds can be wonderful for older people or those who work from home. Overall, they are great companions and a source of entertainment. They can also be very loving. However, many of them require a lot of attention and interaction.

Let’s take a look at some green parrots that are good as house pets.

This parrot is one of the most popular green parrots that are kept as pets. They are about 6 to 8 inches and weigh only about an ounce. Affectionate and smart, the Budgie can learn over 1,000 words! They are a pretty solid green except for some pretty black markings.
2. Lovebird

The Lovebird is about 5 to 7 inches and weighs about 2 ounces. They are mostly green with some red and orange around the neck and head. Very loving (hence the name), lovebirds are social and need a lot of attention. If they don’t get enough attention, they can become stressed and nippy.

This bright green partot has an orange beak with red and blue underwings. They are social and affectionate. At 17-20 inches, it’s one of the larger green parrots and needs a lot of space to exercise and explore.

These green parrots are small and active. Pretty red and blue feathers highlight their green coat. These parrots are best for people who are at home a lot. These birds will stress and pick at their feathers if bored or neglected.

At 15 to 17 inches, the Amazon is another large green parrot. They are smart, social and require lots of attention. Due to their size, they do require a lot of space to play and roam.

Perhaps the greenest of the green parrots. This parrot makes a great pet if you want a small bird. This tiny creature is only 4 to 5 inches and weighs one ounce. The Pacific parrot does crave attention. Being active birds, they should be let out of their cage often

Adult Quaker parrots are 11 to 12 inches and weigh 3 to 5 ounces. These parrots are the most gentle and quiet of the species if they’ve been socialized. Natural entertainers, they love talking, singing, and mimicking sounds.

These are but a few of the green parrots people keep as pets. As you can see from this sample, these birds need a lot of attention. For a more complete list of green parrots, check out this Birdscoo’s list.

Should I Adopt A Green Parrot?

Much thought should go into the decision to get a green parrot. They are great animals, but not for everyone. Some things to consider are:

How Do Green Parrots Talk?

One of the coolest feats in the animal world, is the fact that most parrots can talk. It’s like Dr. Doolittle whenever a parrot is around! But how do they do it?

Parrots have a syinx instead of vocal cords. They talk by changing the air flow that goes over the syinx. It’s because of this trait, and their extreme intelligence, that many parrots can talk. But they do need to be trained.

You must teach your parrot to learn how to speak much like we do with babies. A parrot can start talking at around 3 months, so start early.

Some of the best talkers among green parrots are:

We think that they just mimic what we say. However, many people have experienced their parrots saying “hello” when they walk in a room, and “good bye” when they put their coats on.

One green parrot owner relayed a hilarious story. It seems the parrots’ favorite food was corn. So she would warm some up in the microwave.

The bird came to associate the buzz from the microwave with getting its corn. After a while, if the lady took too long after the buzz, the parrot would yell “corrnnn”. So they certainly seem to understand as well as speak.

Is There Anything Else About Green Parrots? Some Fun Facts