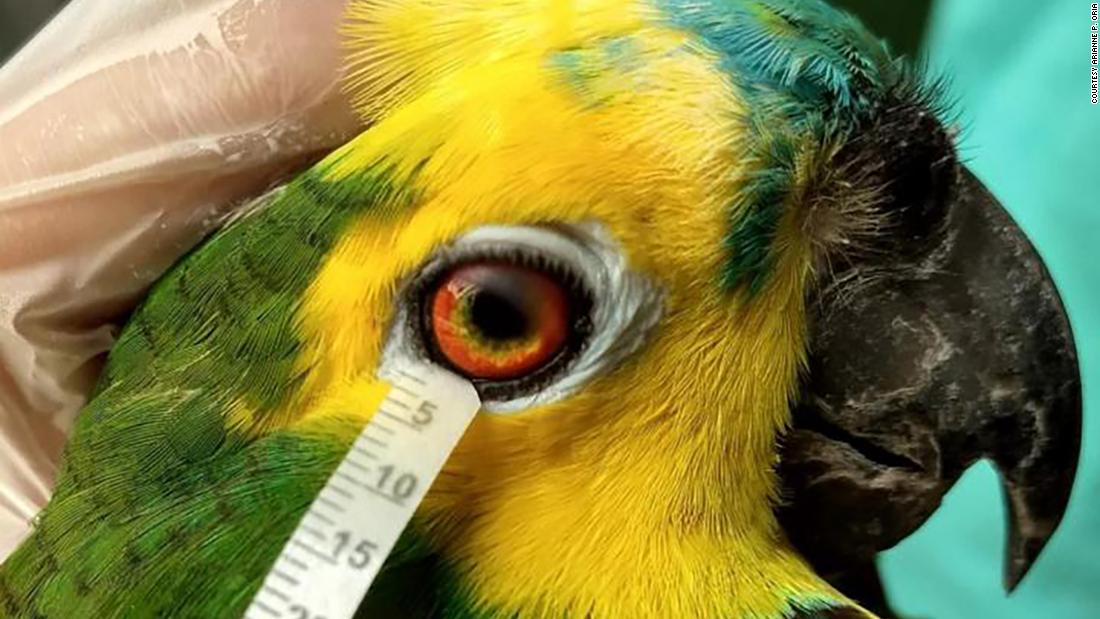 As a parrot owner, you may have wondered if they cry. Not only do they have tear ducts, but parrots are also highly intelligent and emotional creatures. They can show their feelings through many different behaviors, including vocalization.

A parrot is a bird that has the ability to mimic human speech. They are also known for their intelligence and affection. They have been domesticated for thousands of years, and many people keep them as pets.

Parrots are very social animals, and they form strong bonds with their owners, as well as other members of their flock. For example, if a parrot is separated from its flock or owner for an extended period of time, it may develop depression. If you notice your parrot acting differently than usual, then you should contact an avian veterinarian immediately.

Although parrots have tear ducts, they do not cry to express sadness or grief as humans do. They will often become more vocal when they are upset about something, so it’s important to pay attention to what your bird is saying when it acts out in this way.

What Are Their Tear Ducts For?

Parrots have tear ducts and the ability to produce tears. Water, sodium, calcium, urea, chloride, and proteins all make up their tears, just like in humans. In addition, the electrolyte content of parrot tears is comparable to that of human tears.

The Harderian gland is a tiny organ located on the upper surface of the eye. It is the reason why parrots can produce tears.

Tears are necessary because they help to moisten the eye surface, wash away debris, and lubricate the eyeball. The tear film has three layers, including a mucus layer, a watery layer, and an oily layer. When the parrot blinks, these layers spread across the cornea of the eye to keep it clean and moist.

The Harderian gland responds to light in many birds. When a bird sees something potentially threatening, it often blinks its eyes and spreads its eyelids wide open, which causes the Harderian gland to secrete tears. The bird’s response is involuntary, meaning that it does not have control over when it happens or what triggers it.

How Do Parrots Show Distress?

Parrots are very social animals, and they use different communication strategies to show distress.

Increasing the Volume of Their Calls or Screams

When parrots are distressed, they often increase the volume of their calls or screams. This is a natural response to a stressful situation, as it can help them attract attention from other parrots or humans.

Parrots will also increase the volume of their calls if they are trying to attract attention from their owners or caretakers so that they can be fed or given water. If you notice that your parrot is making louder than normal noises, it’s important to take them seriously and see if there is anything you can do to help alleviate their anxiety.

Moving Their Heads or Bodies in a Repetitive Manner

Parrots moving their heads or bodies in a repetitive manner is an indication of distress. Birds like parrots have very expressive faces, so it’s important to read their emotions from the way they hold their heads. If your parrot suddenly starts holding its head in one weird way, it could be a sign that something is wrong.

Angling Their Wings Away From Their Bodies

Another common way that parrots show distress is by biting. Parrots bite for a number of reasons, but it is most often done as a means of protecting themselves or their territory. For example, if you have multiple parrots in the same cage and one tries to attack another, the attacked bird may bite back in order to defend itself.

Biting in parrots can also be used as a form of communication. For example, when birds are mating. The male parrot may bite the female on her neck as a way of showing his affection for her or as an attempt to calm her down so he can mate with her more easily.

Finally, some parrots will bite out of frustration or boredom if they don’t have enough stimulation in their environment or if they’re not being given enough attention from their owners.

Loss of appetite in parrots is a common symptom of stress, which can be caused by a number of factors. Pet birds can become stressed from a sudden change in environment, such as when moving to a new home or apartment, and this stress is often accompanied by a decrease in food consumption. In some cases, the loss of appetite may be so severe that the bird stops eating altogether and begins to lose weight quickly.

If your parrot suddenly stops eating, it may be time to take it to the vet. If you suspect that there is something else that is causing stress in your bird, such as illness, poor nutrition, or depression due to boredom or loneliness, then these conditions should also be addressed before any other measures are taken.

Stress bars are visible in parrots when the bird is under stress. They appear as horizontal black lines on the feathers and can be easily seen in flight. Stress bars are caused by the bird’s muscles tensing up as a result of being stressed or frightened.

The appearance of stress bars depends on how long the bird has been stressed and how well it can cope with stress. Birds that have been exposed to stress for a very short period of time will have fewer bars than those who have been exposed longer.

Should You Worry if Your Parrot Has Tears?

If you notice that your parrot is shedding tears, don’t worry! This is a natural response for them to protect their eyes.

However, if you’re worried about the parrot being distressed in its new environment, look for the distress signs mentioned and take precautions to avoid stress parrots. Try getting a second opinion from an avian vet if possible. These professionals are more likely to be familiar with the unique needs of parrots and may be able to offer advice about how best to care for your bird’s emotional health.

As with humans, animals experience stress on a daily basis, and like us, it can have negative effects if it isn’t handled properly.

Parrots are particularly susceptible to stress-related disorders, both physical and behavioral. They may develop physical ailments such as feather plucking or biting that are actually symptoms of psychological distress; they also may become aggressive or withdrawn, which can lead to behavior problems like biting.

Maintaining a healthy home environment is key to preventing these issues before they arise. This means providing your bird with an appropriate diet, plenty of toys, safe spaces to rest, and regular socialization.